The holiday season has special magic when it includes a String Ties concert at the Pump House.  Dan Sebranek, Wayne Beezley, Larry Dalton and Tom Pfaff have performed together for decades in this annual, much loved, holiday concert.  When bird-lover Tom Pfaff took flight as a snowbird – Dan, Wayne and Larry were left holding Santa’s bag.  Replacing Tom’s banjo + banter for the Christmas show? – no way! But they enjoyed doing the show…so, they got two of the best string players around to help shoulder Santa’s satchel.

Student/Military: $15 (available for purchase at the Pump House, proof of student/military needed at time of purchase)

***COVID-19 GUIDELINES: All theater ticket holders must show proof of full vaccination against COVID-19 or a negative PCR COVID-19 test within 72 hours of a performance at the Pump House

Winona fiddler Betsy Neil is a classically trained violinist who has performed in symphonies, quartets and theater pits – but early on, she got interested in, and became accomplished in bluegrass, Appalachian old time, swing, Celtic, and Cajun styles.  She has performed in numerous string bands including The Buffalo Gals, and currently performs with the Twin-Cities based Cajun band, Roux La La.

Galesville banjo picker Rick Sampson is a trained luthier and the designer/builder of the internationally known Sampson banjo bridge and a builder of the Native American flute.  He is an articulate and innovative player fluent in Scruggs style bluegrass banjo picking as well as melodic and single string styles.  Rick was in the house band of the Big River Radio Wave show on Wisconsin Public Radio and currently performs with his son Aric as Sampson & Son. 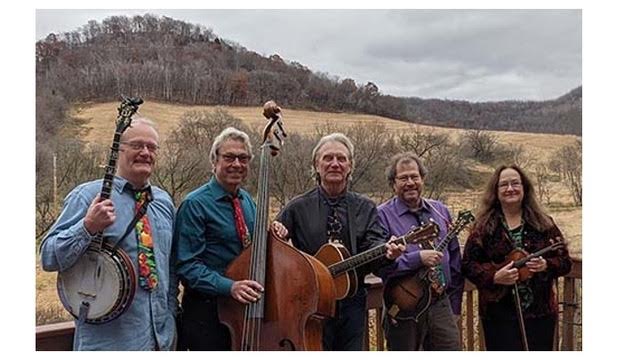