From Inspiration to Activism: A Personal Journey Through Obama’s Presidential Campaign- Cancelled

Mary Lang Sollinger offers a fascinating behind-the-scenes look at political canvassing and fundraising while following ordinary people doing extraordinary things for the love of their country.

Mary’s years of fundraising experience culminated in an incredible opportunity to host a fundraiser at her home with Senator Obama in the fall of 2007. Mary believed in all that he stood for and knew that she needed to do whatever it took to help Senator Obama and others seek political office.

Mary was tireless in her efforts to get out the vote for Senator Obama through canvassing across Madison, Dubuque, Pittsburgh, and Indianapolis. While knocking on door after door, Mary found unique ways to overcome obstacles when trying to connect with people on the other side of those doors. She embodied Obama’s campaign mantra: respect, empower, include.

After the huge success of Senator Obama’s 2007 fundraiser, Mary went on to organize twelve fundraisers throughout Wisconsin in fourteen months. As a result of her fundraising successes, she was asked to serve on President Obama’s National Finance Committee, both in 2008 and 2012.

Mary has generously shared many inspirational and invaluable lessons learned throughout her years of experience. Included in her book is an epilogue with nine lessons and examples of successful fundraising for those who may want to host their own fundraising event.

Books will be for sale there as well as at:

Also, you can pre-order the books directly from the publisher at: http://littlecreekpress.com/bookstore/from-inspiration-to-activism/

Shipping will be made 3 days after delivery from the printer.

The book will be on Amazon after April 1.

Praise for:  From Inspiration to Activism: A Personal Journey through Obama’s Presidential Campaign

“Mary Lang Sollinger’s book reflects a deep conviction she and I share: civic engagement is a unique power, and through action, we can harness that power to effect change. My involvement with the Obama campaign in 2008 was one of the highlights of my life, and this book does a good job of capturing why.”

“As a key player on many successful campaigns and political movements, Mary Lang Sollinger has a keen understanding of what it takes to win. Her book offers a great insight into the early rise of President Obama’s campaign and the impact individuals can have in changing the course of history.”

“The great potential of democracy lies in the magic people create when they decide to give of themselves for the broader public good. Here is a story of the extraordinary journey Mary Lang Sollinger experienced through choosing such a path.”

—Katherine J. Cramer, author of The Politics of Resentment: Rural Consciousness in Rural Wisconsin and the Rise of Scott Walker

“What was going to be one became six fundraisers Mary organized for Barack Obama’s Presidential campaign. She is a master organizer—energizing everyone, making it fun, making it easy, personalizing each event. I’m not sure how she did it, which is why I want you to take a look at the book. You’ll learn a lot while having fun along the way.”

—Dr. Zorba Paster, National Public Radio host of “On Your Health” and author of The Longevity Code: Your Personal Prescription for a Longer, Sweeter Life

“Mary is a true example of someone inspired to create change at the local level and, in a short time, become a major force nationally. I was happy to see the book reflected President Obama’s mantra: respect, empower, include.” This is a code of ethics we, in Wisconsin, understand.”

“This book is a mesmerizing, personal portrait of the 2008 Obama campaign. Sollinger captures the magic of the historic campaign and Obama himself, both full of idealism and hope. She breaks barriers, just as her candidate did in 2008. This is a good read that makes a great moment in American history feel fresh and alive, contrasting them with the dark political times we live in now.”

“Mary and I share a deep belief in the Obama campaign mantra: respect, empower, include. By bringing people together with the belief that ordinary people can do extraordinary things for their country, Mary testifies to the better angels of our democracy. This book has a special place in my heart and is an important read for anyone who wants to help our country.”

“A campaign memoir from an actual campaign worker is rare, even though each presidential campaign gives birth to a small library of books from the higher up insiders and the reporters covering the campaign. Mary gives a look from the trenches. It is a book for students of political science that marries theory with reality.”

“Sollinger has written a heroic and cultural work of political activism, detailing her journey from growing up in a farming community, to becoming a businessperson and becoming a delegate to the National Democratic Convention in 2008. She is reflective and truthful, both in her self-discovery and on the most serious challenges of our American Democracy.”

“I read how Mary Lang Sollinger started out in politics in peaceful Madison with a fundraiser, and then kept piling them on. By the time I got to this book’s chapter about Indianapolis, I become a friend and indefatigable Obama supporter. Mary had a vision, and fortunately it matched Barack Obama’s. Read her book.”

“A deeply heartfelt, behind-the-scenes look at how one person can make a difference. An engrossing, personal story about how grassroots activism starts and spreads.”

—Veronica Rueckert, author of Outspoken, Why Women’s Voices Get Silenced and How to Set Them Free, and Peabody Award-winning communications specialist

“Mary Lang Sollinger is an inspiration to voters at all levels, from her neighborhood to the nation at large. Her warm and stirring book shows why: a profound commitment to living the principles of Respect, Empower, Include. The book shows how campaigning for Senator Obama changed her. The book will change you, too—and make you want to follow in her footsteps.

“Mary has captured the essence of the formation of a candidate and campaign that changed America and the world. She exemplifies the best of what politics can bring out in us: respect, community and hope. Mary has dedicated her political life’s work into funding, training and mentoring candidates, campaign staff. All she has asked in return is an open heart and mind. I implore you to take all the wisdom you can from her story and put it to action.”

“The timing for From Inspiration to Activism is crucial for the upcoming elections in November. I am glad that Mary is sharing her journey and hope with us all.” 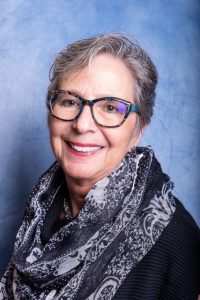